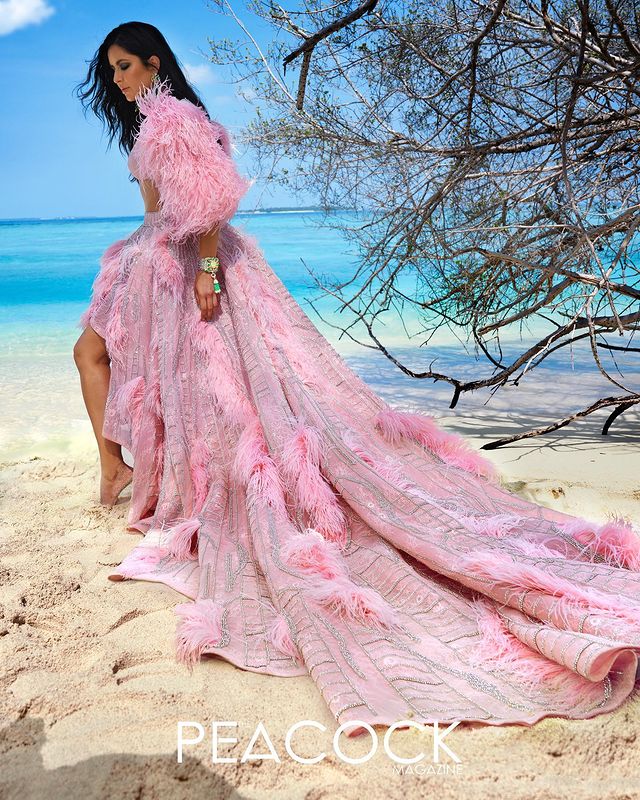 The gorgeous pink trail Lehenga sported by Katrina Kaif for the cover shoot of The Peacock Magazine is an exemplary instance of the distinguished vision of the designers Falguni Shane Peacock in couture. The crystal-encrusted Indian Lehenga boasts an elaborate trail along with feather details. The Lehenga is paired with a feathered shrug and a blouse. 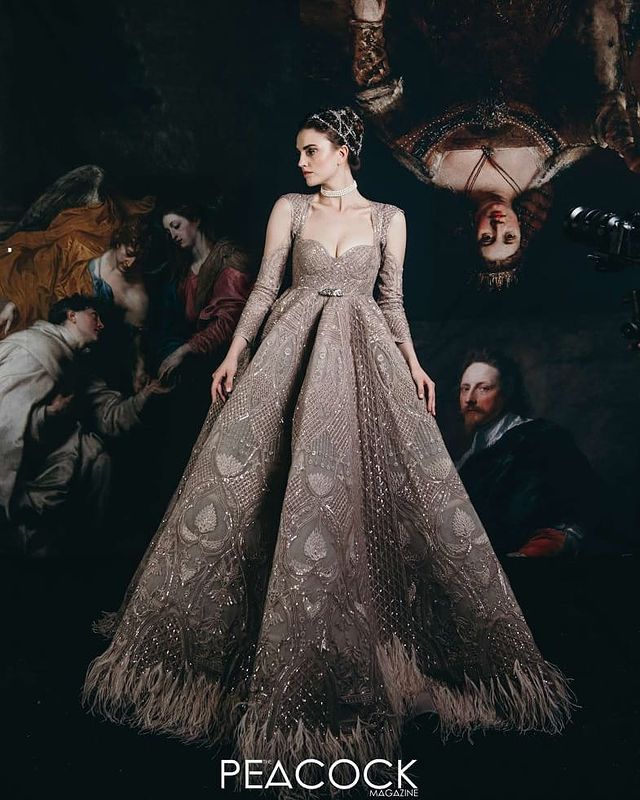 Adding a touch of royalty in couture, the beige number by the designers encapsulates the ultimate regal bride dream. The sweet-heart neckline stemmed from an empire waistline collaborates the drama of couture in a classic ball gown. 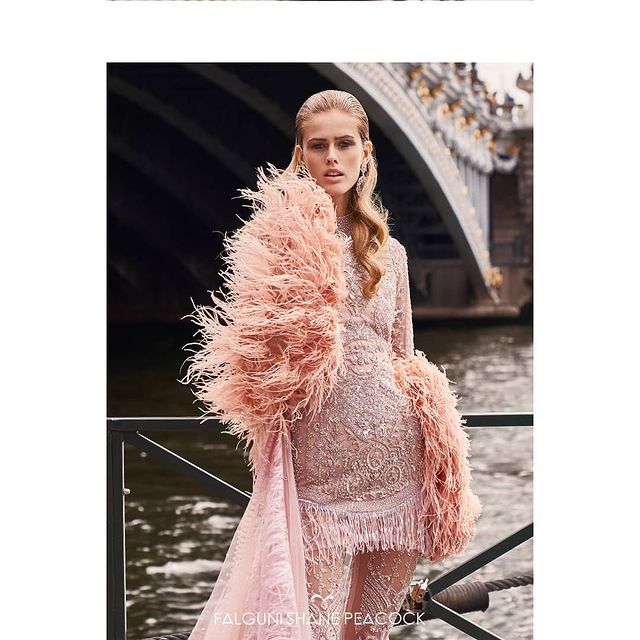 How to give an unusual spin to an Indian couture piece? Refuse to bow down to conventional silhouettes and take a cue from this editorial shoot that featured this eccentric look by the designers. The look entailed an asymmetrical short dress, fastened by an extended trail and created in the soft hue of rose quartz, teamed with fitted, embellished sheer pants and a feathered shrug. 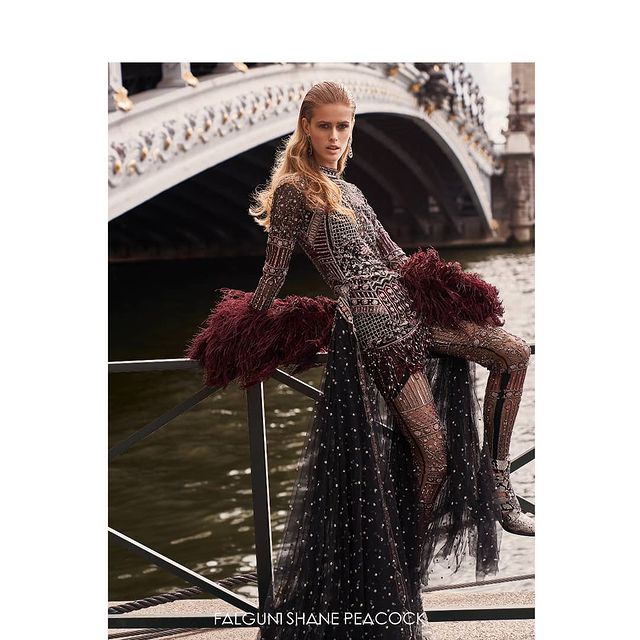 The editorial also featured another similar look featuring a black short dress adorned with crystals and stones and detailed with an extended trail. Striking a balance between Indian ethnic and contemporary styles, the ensemble is teamed with a pair of fitted sheer pants and a wine-hued feathered shrug. 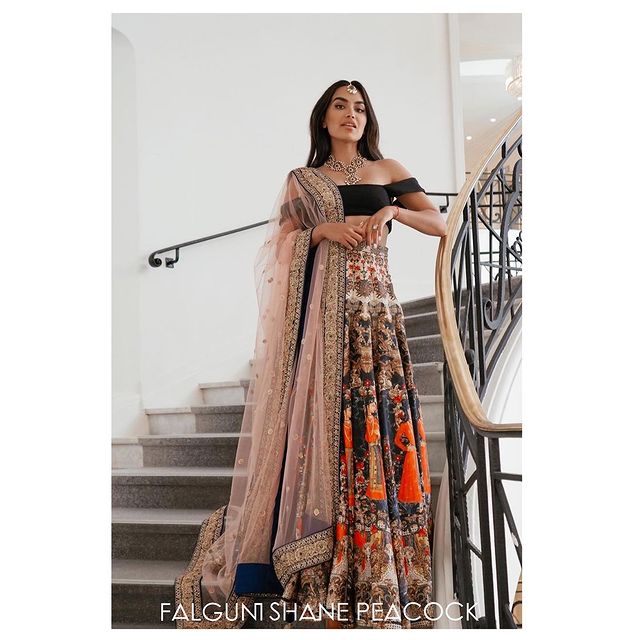 Diipa Buller Khosla made a statement at the Cannes Film Festival when she strutted down the red carpet in a printed, Falguni Shane Peacock Lehenga boasting historical illustrations and pictorial depictions. The multicoloured Indian Lehenga is teamed with a solid, off-shoulder blouse, and a sheer Dupatta detailed with Butti motifs.