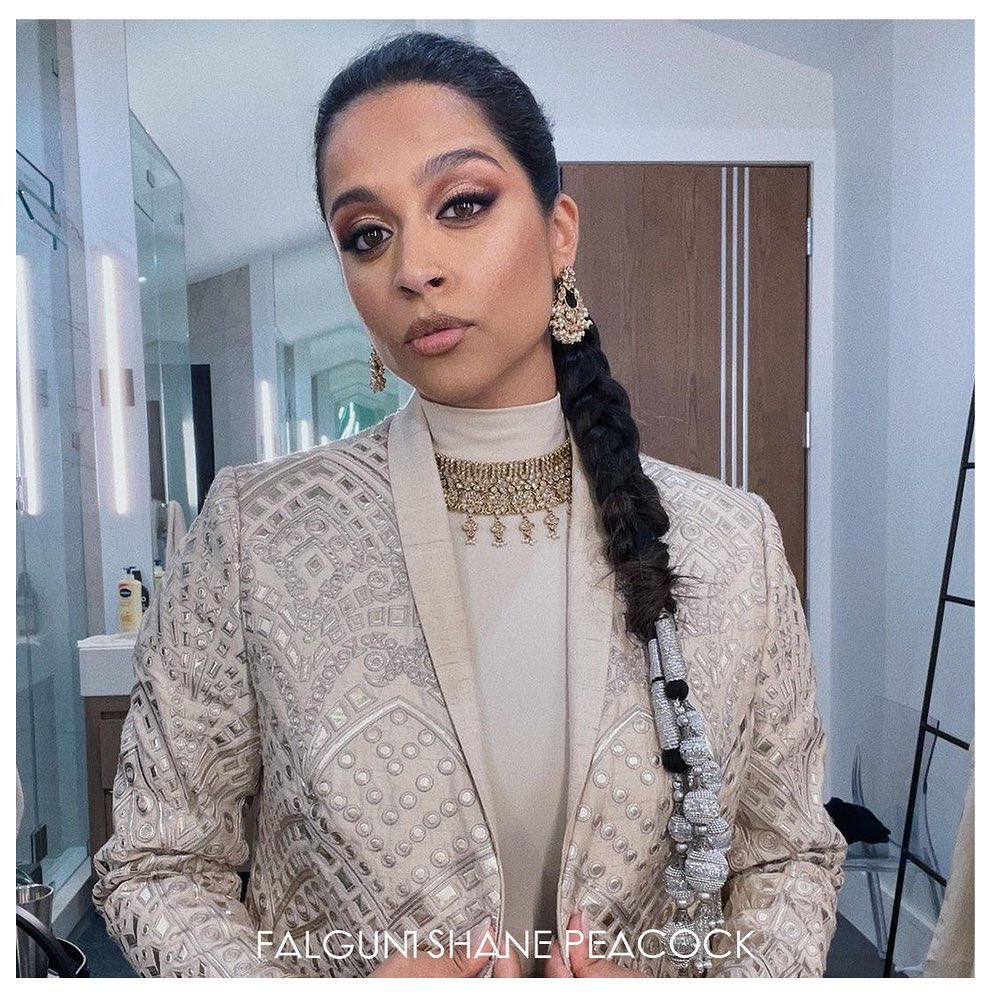 When the awareness about gender, sex, and sexuality widened, several aspects associated with them broadened too. For instance, the horizons of gender-neutral or gender-inclusive fashion and beauty. In a culture, where gender roles are deeply embedded in every aspect of life, challenging these norms did not merely amount to creating awareness but radically broadening the mindsets of future generations. The binary boundaries faded further when many celebrities embraced the very notion publicly, like the launch of Harry Styles’ gender-neutral beauty brand ‘Pleasing’ that was welcomed with great commendation. Another celebrity who has never conformed to the gender norms in fashion made a statement again, but this time in a desi-dapper way. One of the highest-paid, female YouTubers in the world, Lilly Singh dropped jaws in a Falguni Shane Peacock men’s Sherwani at a Diwali party.

The men’s Sherwani chosen by the Youtuber is created in an off-white shade. The open Sherwani for men is adorned with chrome applique details and ethnic motifs. Bringing an impressive meld of ethnic element and contemporary touch in her look, Singh secured her hair back in a sleek braid tailed by an ornate, traditional paranda. She styled the look with a pair of Chandbali-style earrings and a neckpiece.

The YouTuber and former host of a talk show, A Little Late With Lilly Singh, rose to fame when youtube was still booming. Her content entailed relatable comic rants and motivational sketches that were creatively influenced by workaday lives as well as vlogs narrating her routine beyond creating content. Singh even penned a motivational book “How To Be A Bawse” by borrowing from her struggle and hustle stories. From swanky pant-suits to chic, baggy athleisure sets, the Youtuber has never abided by the conventional, gender-influenced, sartorial codes.

FALL / WINTER FASHION TRENDS THAT ARE HERE TO STAY THIS SEASON

PICK THESE FALGUNI SHANE PEACOCK ENSEMBLES FOR A ROMANTIC SANGEET