One fine digital day, Sex and the City fans went gaga over the internet when Instagram feeds were flooded with the picture of a 90’s star who stole countless hearts with her undaunted style sense and the iconic walk to the show’s theme tunes. Spotted on the streets of NYC, Sarah Jessica Parker was captured strutting down a staircase in a Falguni Shane Peacock Lehenga when she was shooting for her upcoming release ‘And Just Like That’. 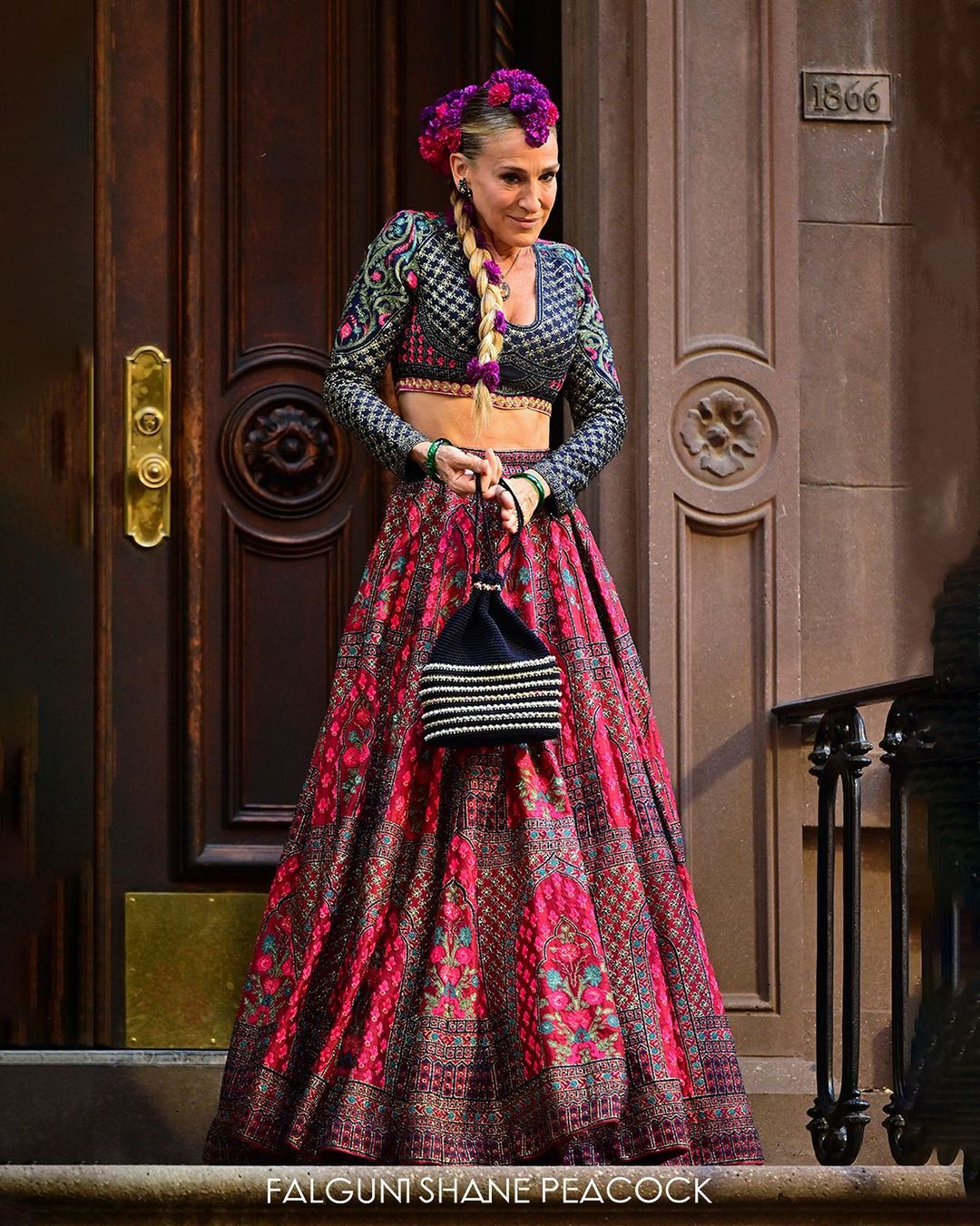 Carrying a studded, potli-style bag, Sarah Jessica Parker was seen in a maroon Lehenga by Falguni Shane Peacock from the collection ‘Mon Amour Jag Niwas’. The Lehenga is adorned with multicolored, silk threads’ embroidery details on arched-window (jharokha) motifs, which is a mainstay in Rajasthani style of architecture, from which the collection draws inspiration. It also features dainty, foliage motifs. The Lehenga is teamed with a full-sleeved, navy blue blouse that features handcrafted, embroidery details and a tulle, maroon Dupatta featuring an ornate border and Butti motifs. Sans a Dupatta, she sported an elaborate, floral maang-teeka over a braided hairdo.

Orating the entire show through her psyche, Sarah Jessica Parker played the role of a writer living in New York in the television show and movie series, Sex and the City. The franchise has planned to revive the popular television show in a 10-part segment called ‘And Just Like That’. The glimpse of the star in an Indian couture enthralled the fans who are eagerly waiting for the release since of all the spellbinding looks of Carrie Bradshaw, she was the least expected to be seen in an Indian Lehenga. 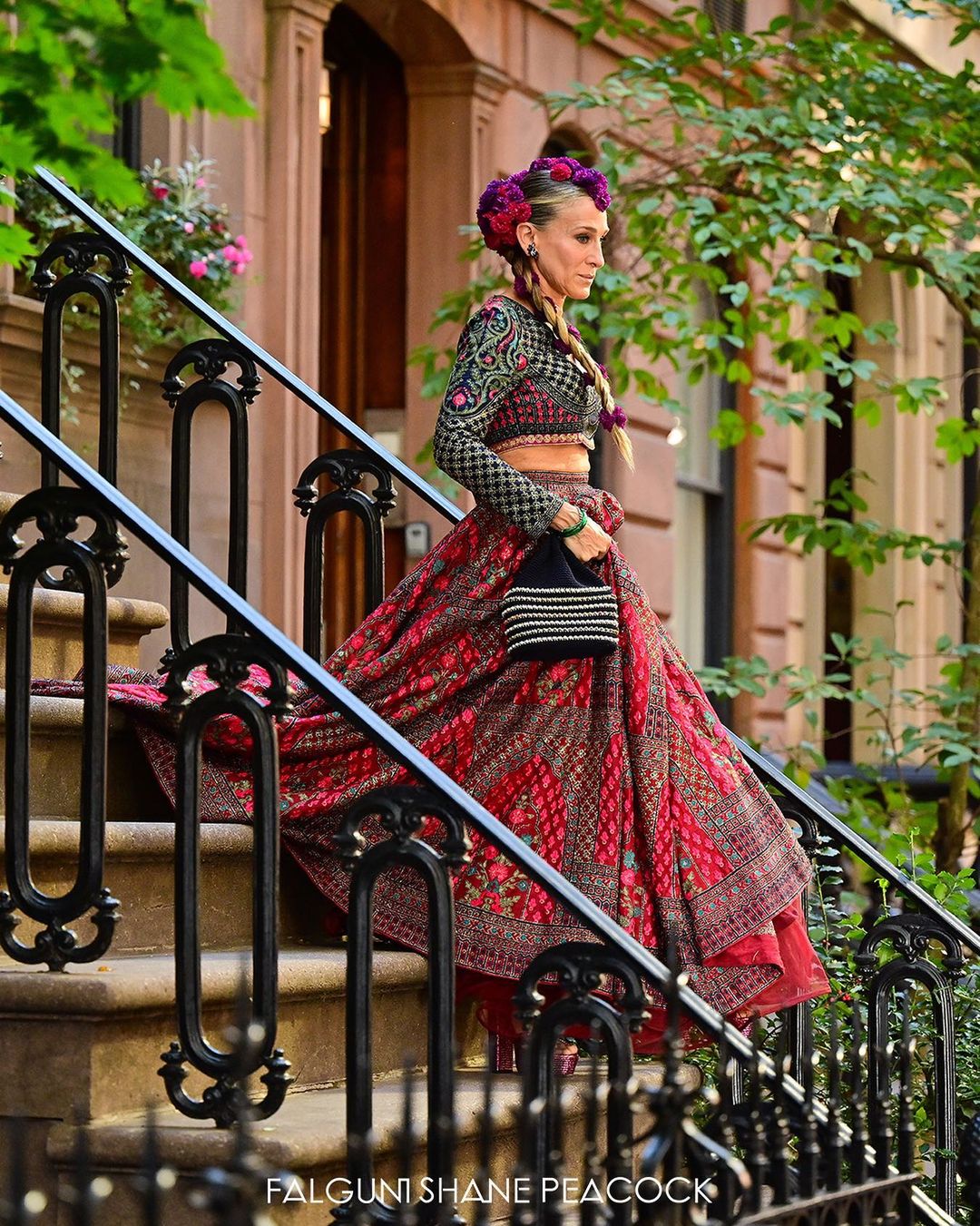 THE BEST ETHNIC-GLAM COUTURE LOOKS FOR THIS FESTIVE SEASON

Discover a range of abstract florals by Falguni Shane Peacock