It brims with innocence, hopes and dreams. The childhood of Maleesha Kharwa looked no different. Like every determined young girl, her eyes gleam with aspirations. She wills to make it in the fashion industry as a model and dancer. Her ambition caught the eyes of the actor Robert Hoffman who played a significant role in highlighting her potential and helping turn her vision into reality. 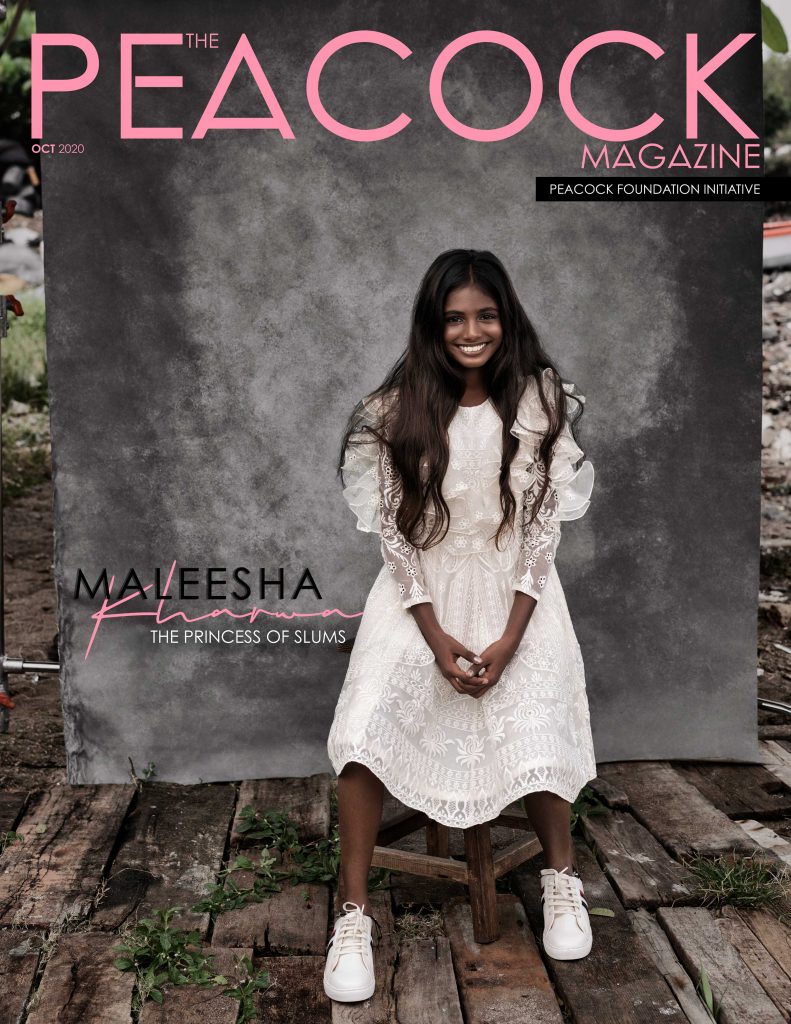 Through a series of individuals, Maleesha caught the eyes of the designers Falguni Shane Peacock. The designers featured her on the cover of their fashion magazine, The Peacock Magazine and chronicled her story to empower the dreams of several other girls who dare to dream but are deprived of the essential resources and are disadvantaged due to social divide. The initiative by the designers is an attempt to breathe life into her vision and enable her dreams.

Maleesha’s love for the hustle and bustle of a photo-shoot routine is genuinely depicted in her persona and body language. Her inquisitiveness about every aspect of the process showed her passion and will for her calling. 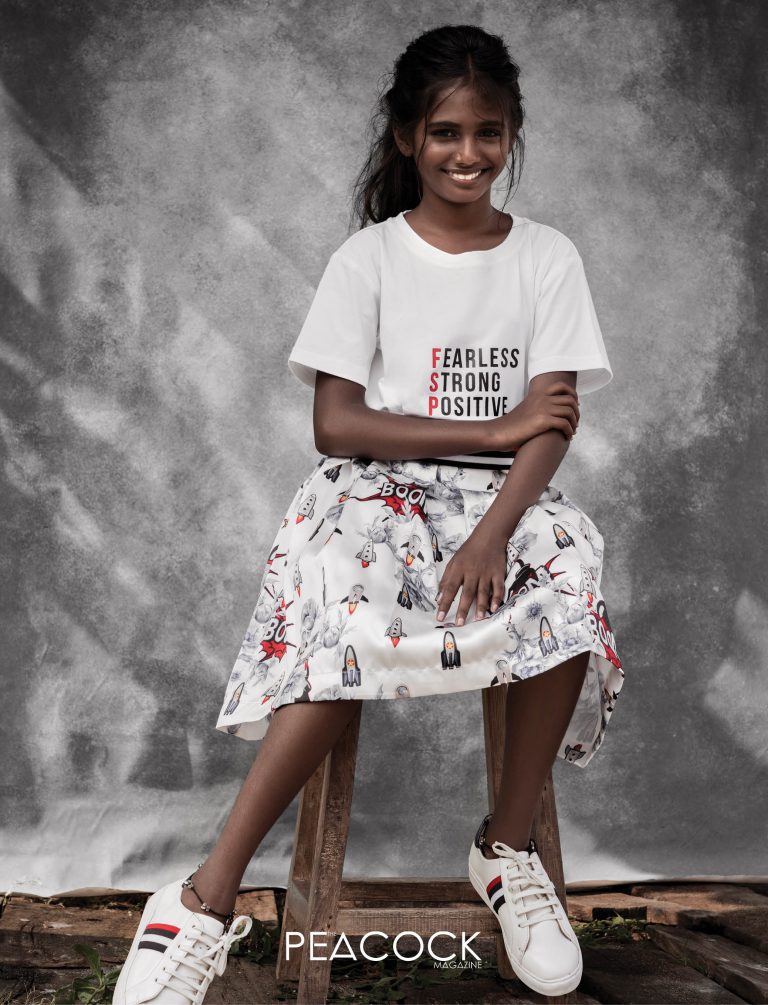 Fearless, Strong and Positive – defining the terms rightly, Maleesha cruises through life, which has not been always kind to her, with her vivacious smile and optimistic stance. At the end of the day, she is an ordinary girl who fusses about school and rejoices in her grades like every other child. But what makes her stand out is her sheer resilience and sky-is-the-limit attitude. Her perspective influences one to keep pushing forward in the direction of a dream despite hindrances and difficulties.

FALGUNI SHANE PEACOCK HEIGHTENS THE SAREE LEGACY WITH THESE CREATIONS