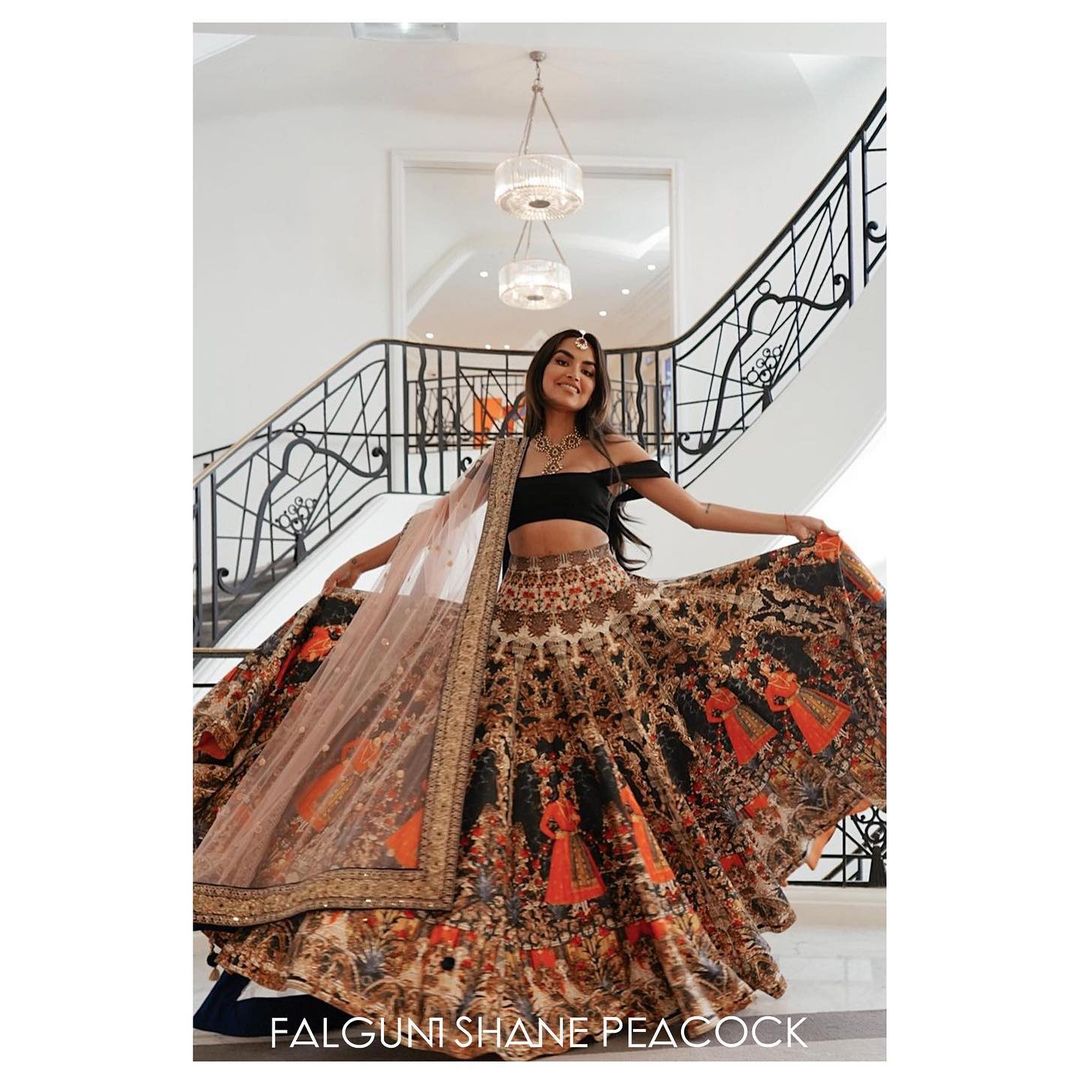 Diipa Büller-Khosla is one of the first Indian fashion influencers who dove head-first into the international influencer marketing arena. Along with engaging her whopping 1.4 million followers with fashion, beauty and lifestyle content, the digi-celebrity is also known to advocate a number of social causes through her platform. In an interview she revealed that she faced discrimination on numerous instances on the basis of her origin and color. Having studied International Human Rights Law, the fashion influencer is one of the firm enablers of creating awareness and sensitizing masses towards various social causes including colorism and gender discrimination. 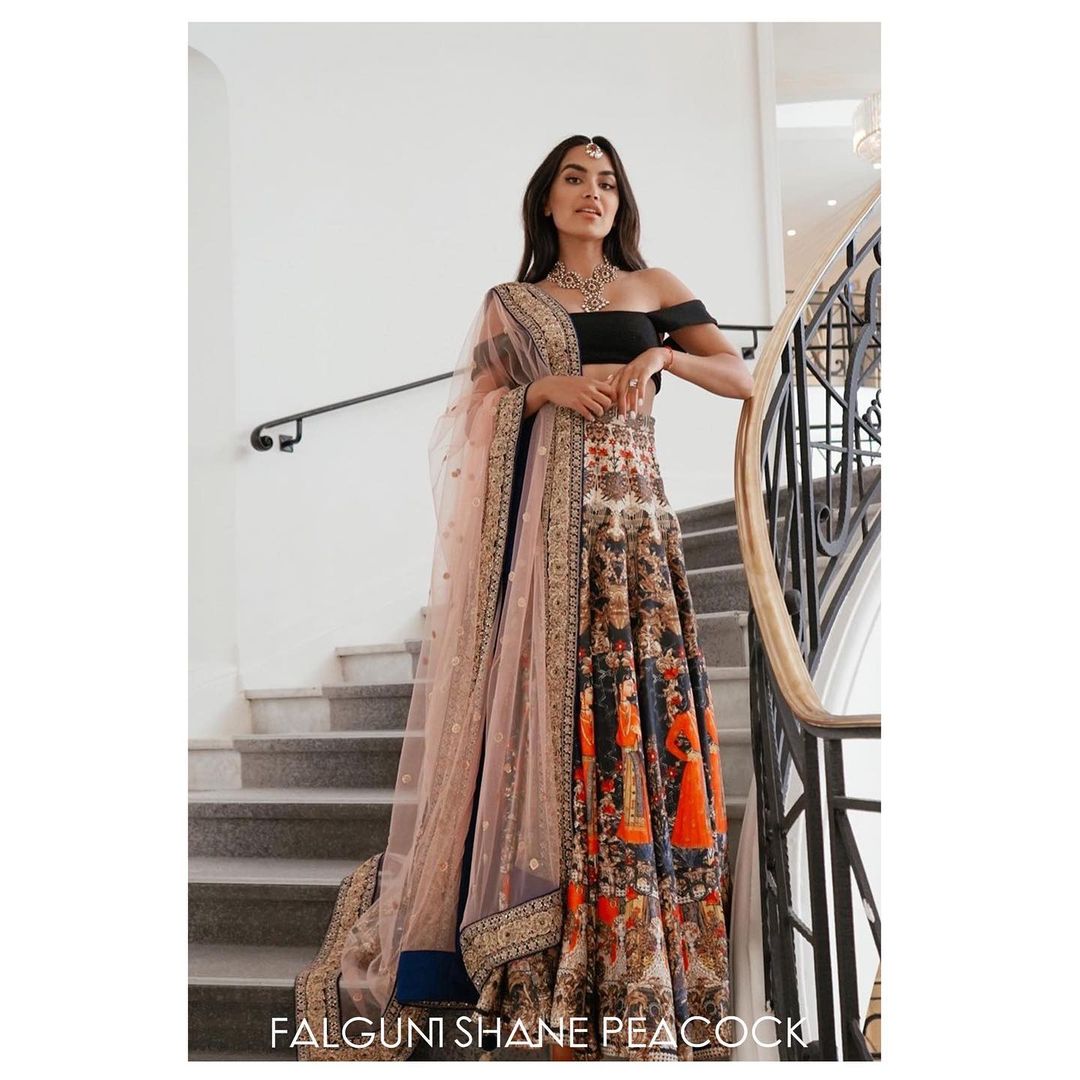 Along with being featured on the covers of leading fashion and lifestyle magazines across the globe, Büller-Khosla has also represented India at the Cannes Film Festival thrice. At the 74th Cannes Film Festival held in 2021, she made a surreal ethnic statement. She walked the red carpet sporting a printed, Falguni Shane Peacock Lehenga. The multicolored Lehenga boasted elaborate architectural and floral motifs as well as historical depictions that struck the optimum balance between the svelte ethnic Indian drama and contemporary poise.

The label strives to hitch aesthetics of the rich Indian culture, witnessed in the architecture, ancient scriptures, and nature, in couture with a contemporary thread. The very notion is evident in the Lehenga picked by the influencer. The ensemble achieved the off-beat angle warranted by the global event as well as retained grace of Indian ethnicity. 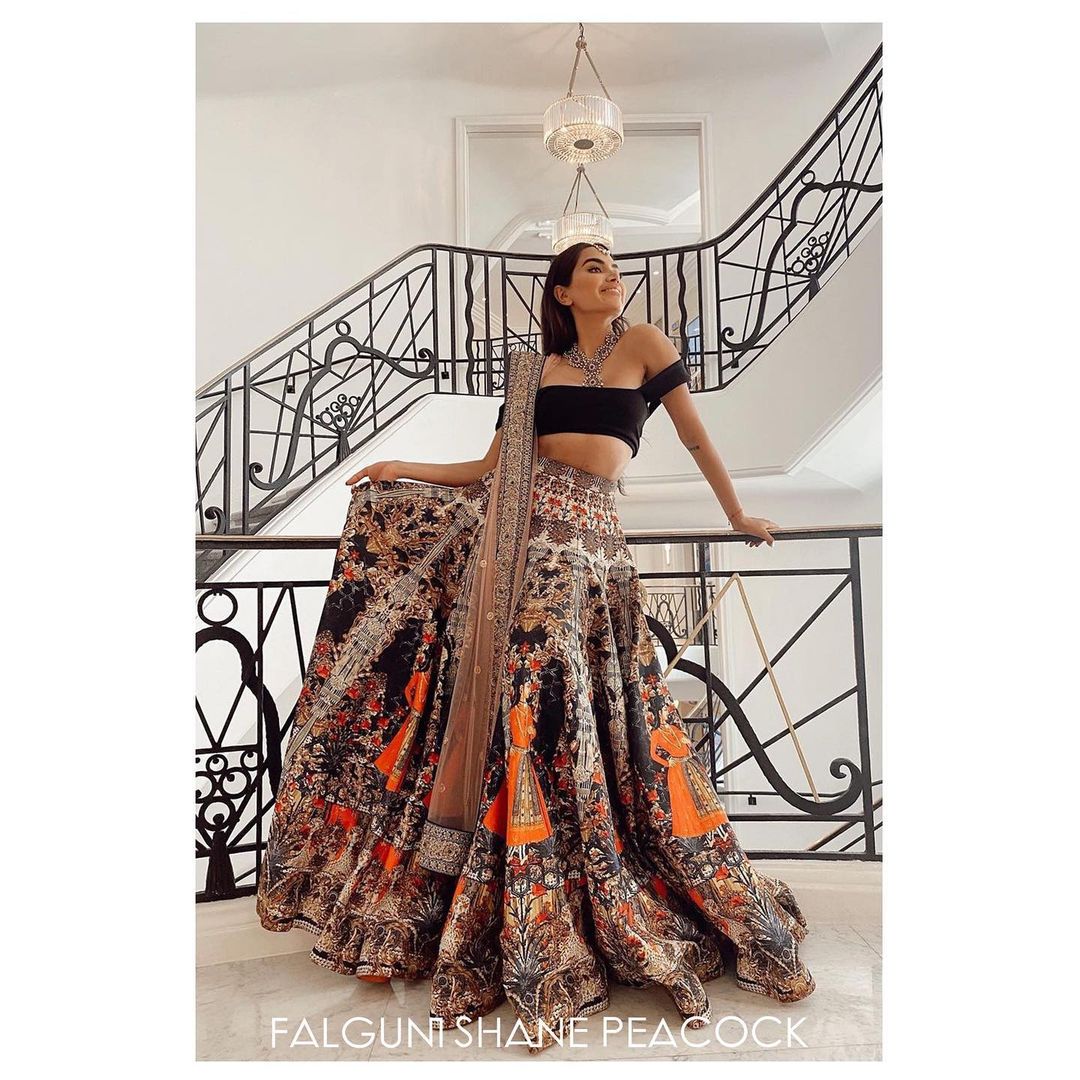 The influencer teamed the Indian Lehenga with a chic, off-shoulder, solid blouse and a tulle Dupatta decked with Buttis and an ornate border-work at the helm. She left her hair loose in sleek, neat waves. She accessorized the ensemble with a dainty maang-teeka, studded cross-halter neck piece and a marquise-cut diamond ring.

FALGUNI SHANE PEACOCK’S ‘LOVE IS,’ SETS THE TONE FOR A DELIGHTFUL SPRING WEDDING