The luxury digital and print, fashion magazine, launched by the designers Falguni Peacock and Shane Peacock, is a gateway to the latest fashion trends on the runway as well as the streets, exotic travel segments, and engaging interactions with some of the adept actors and beloved public figures. Along with decoding the nuances of luxury travel, fashion and lifestyle, the magazine unveils the brilliant fashion artistry of the designers at various couture weeks and fashion editorials as well as highlights the craft of other promising artists.

The budding fashion magazine is a channel to connect the readers with the brand in a cognizant fashion. The world of Falguni Shane Peacock is anything but ordinary and the very idea is creatively culminated through their media channel. We outline all the instances where the stars glammed the cover in Falguni Shane Peacock couture.

The issue featuring the megastar was the inaugural print issue of The Peacock Magazine. Featuring a timeless star-like Aishwarya Rai Bachchan was emblematic of the visionary augury of the magazine as well as the brand. 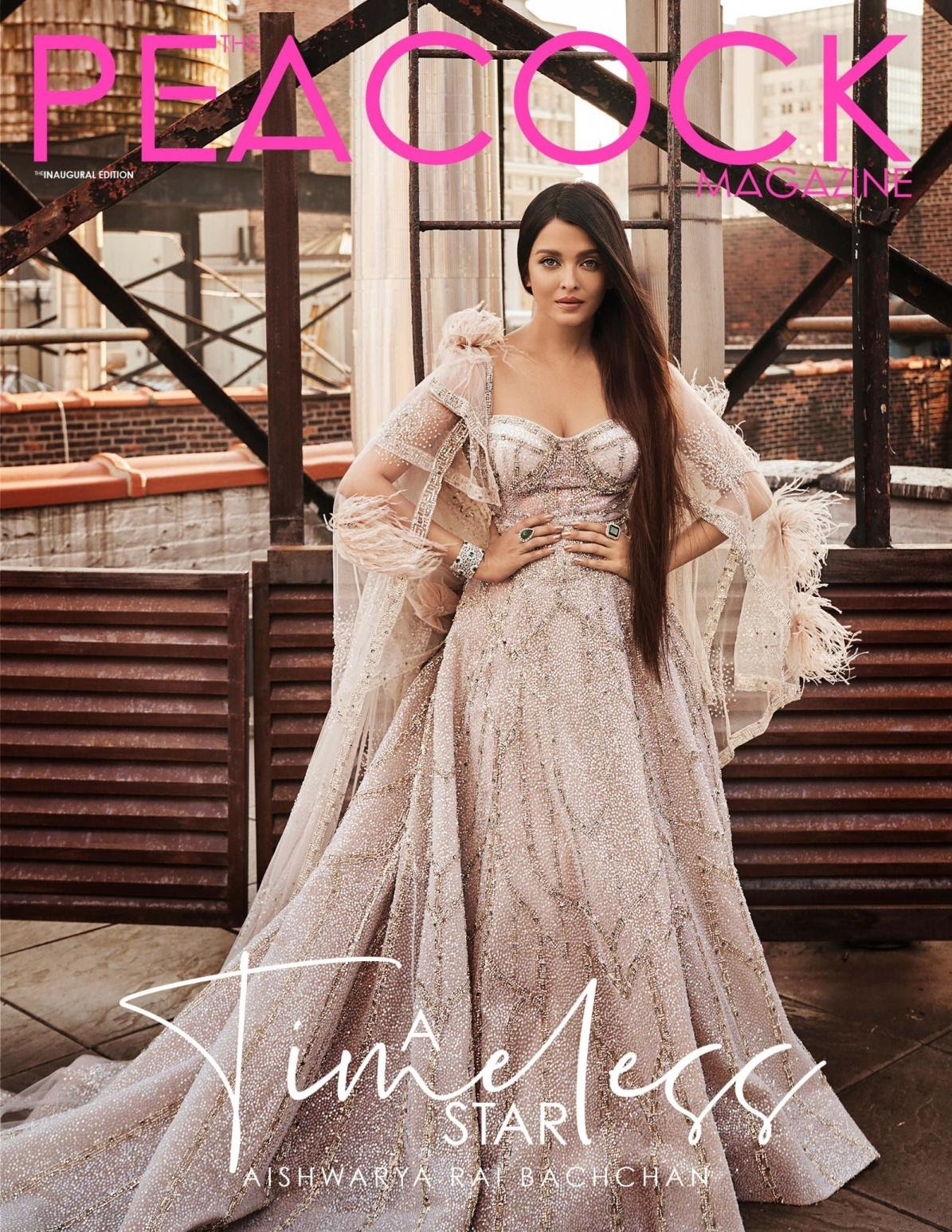 2.  The Pataudi progeny has established her mettle in her craft in a short span of time. Cherishing the eminence of her lineage, she is undoubtedly the youngest superstar. She dazzled the cover of The Peacock Magazine as well as walked for the designers sporting an ethereal Falguni Shane Peacock Lehenga at the India Couture Week, 2019. 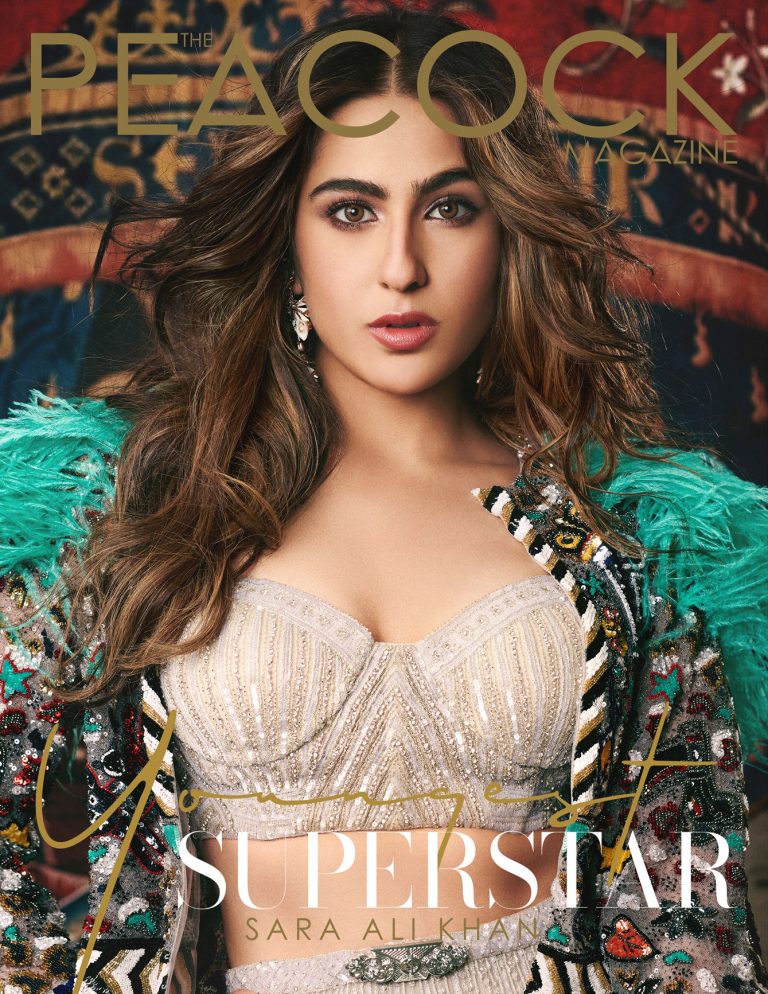 3. Kareena Kapoor Khan wore a bespoke Lehenga Set created by the designers for the cover of The Peacock Magazine for the couture bride issue. In her stint of two decades in the film industry, the star carved a distinguished niche with her performance. 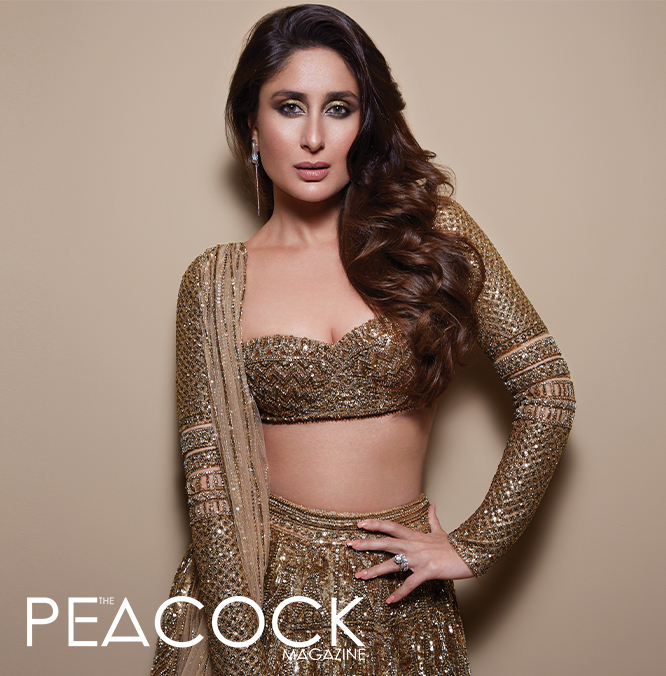 4. Katrina Kaif turned into an innate muse for the designers for the January issue of The Peacock Magazine at the heavenly island of Soneva Fushi, Maldives. Sporting a bespoke set of contemporary pieces of Falguni Shane Peacock couture, the star enabled a fabulous start to the year. 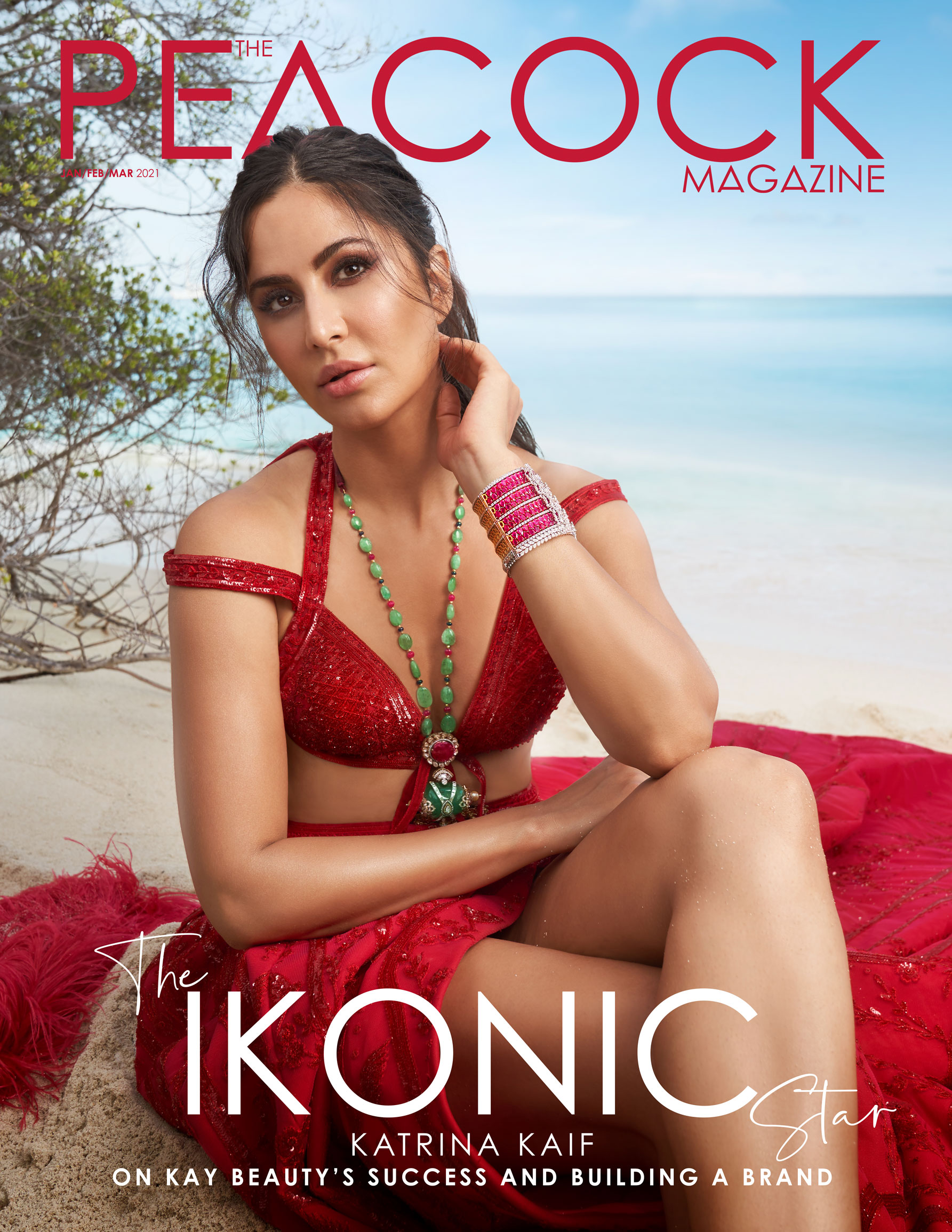 5. Sonakshi Sinha has favoured the Falguni Shane Peacock creations on multiple occasions in the past. The star ravished the cover of the magazine in an aesthetic ivory gown. 6.  For the anniversary issue of The Peacock Magazine, the star of the cover was Jacqueline Fernandez. Sporting elegantly swept bob curls, the actor wore a Falguni Shane Peacock gown with a high slit and statement feather details. 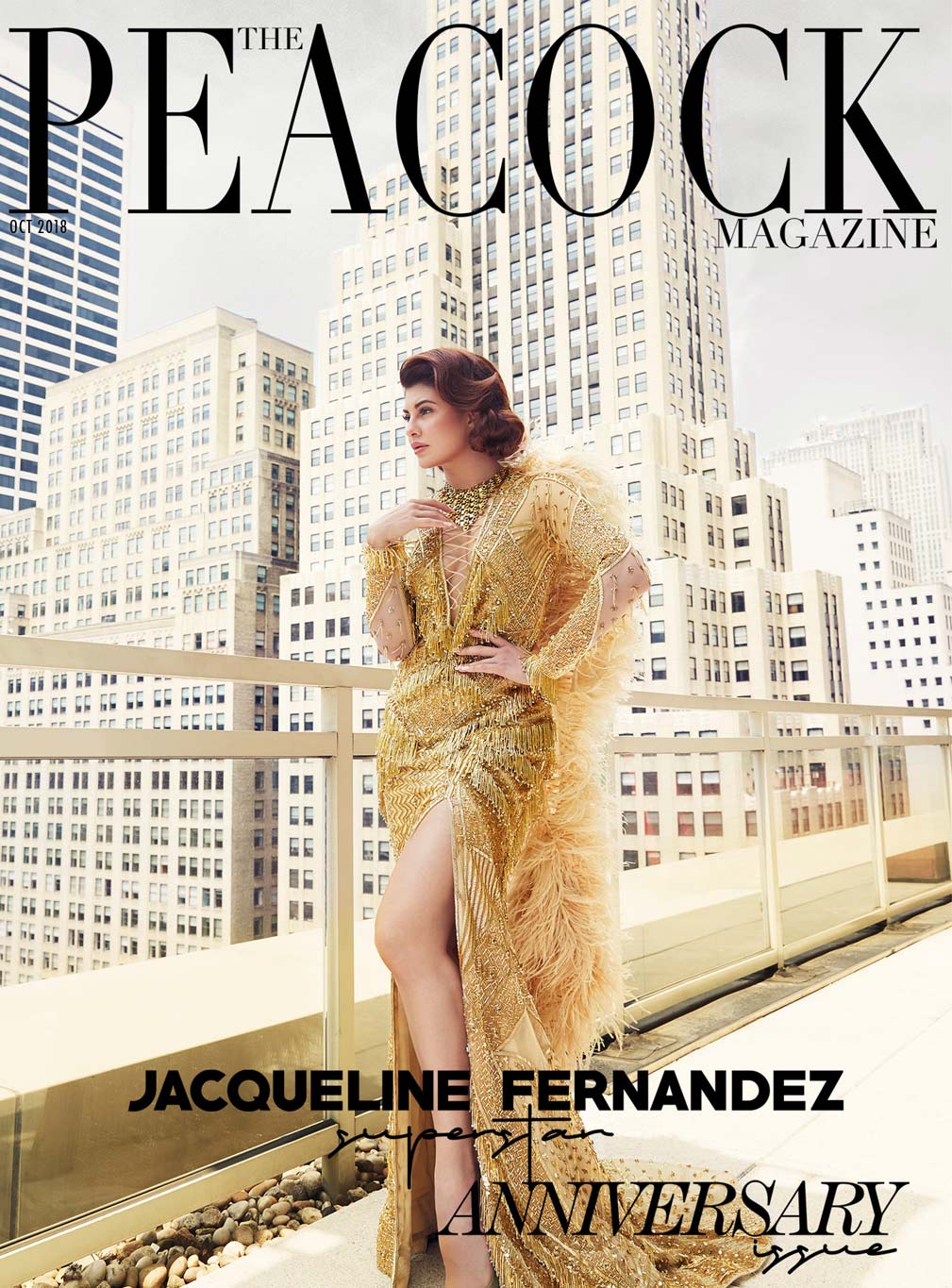 7.  The knack is inborn but the hustle has to be legitimate. The cover star Shraddha Kapoor endorses the above statement appropriately on the cover in dazzling handcrafted ivory couture by the designers. 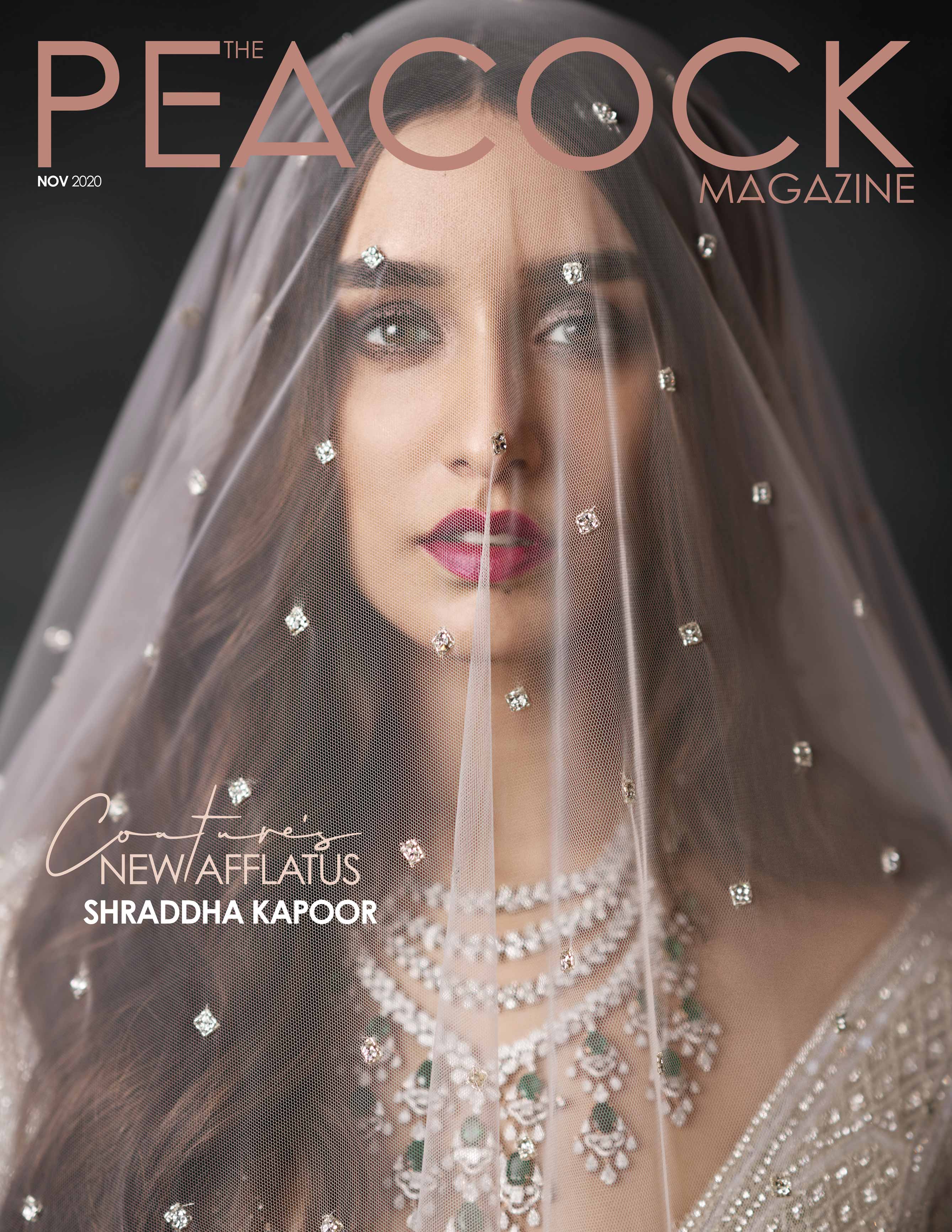 8.  Ananya Pandey made a veracious millennial cover star for The Peacock Magazine in a one-of-a-kind concept. 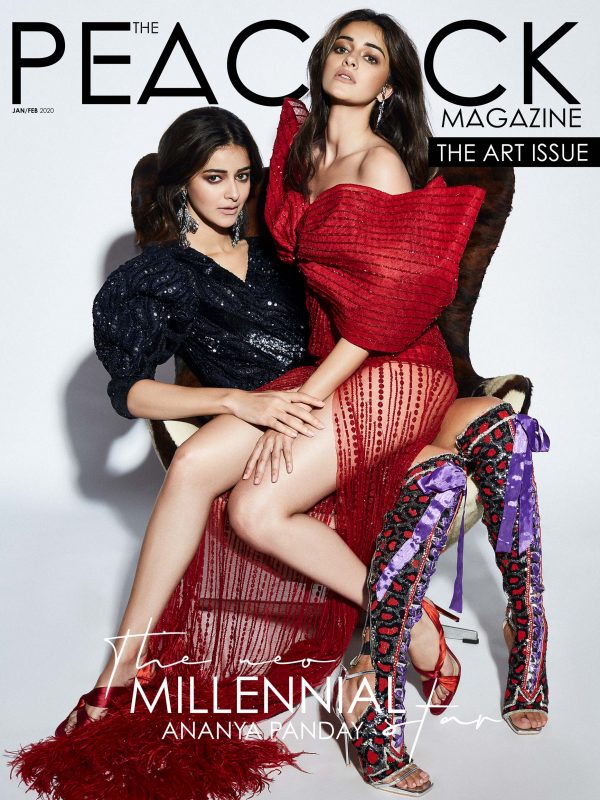 9.  The star has never failed to beguile her audience with her performance. Taapsee Pannu stepped out of a dream on this issue of the Peacock Magazine. 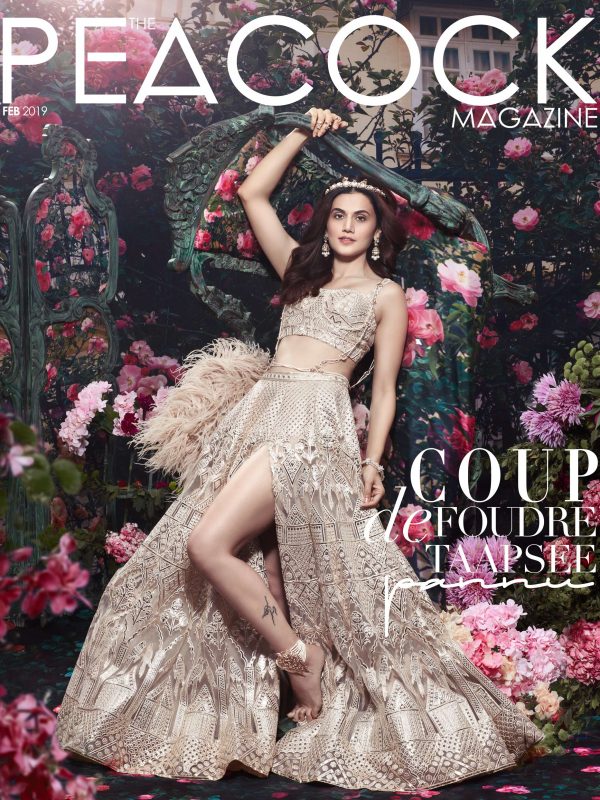 10.   Girl on the rise, Janhvi Kapoor has been making her way towards stardom with her exceptional choice of films and performance. On the cover, Janhvi is seen in an eclectic gunmetal hued Lehenga replete with mirror work aplenty. 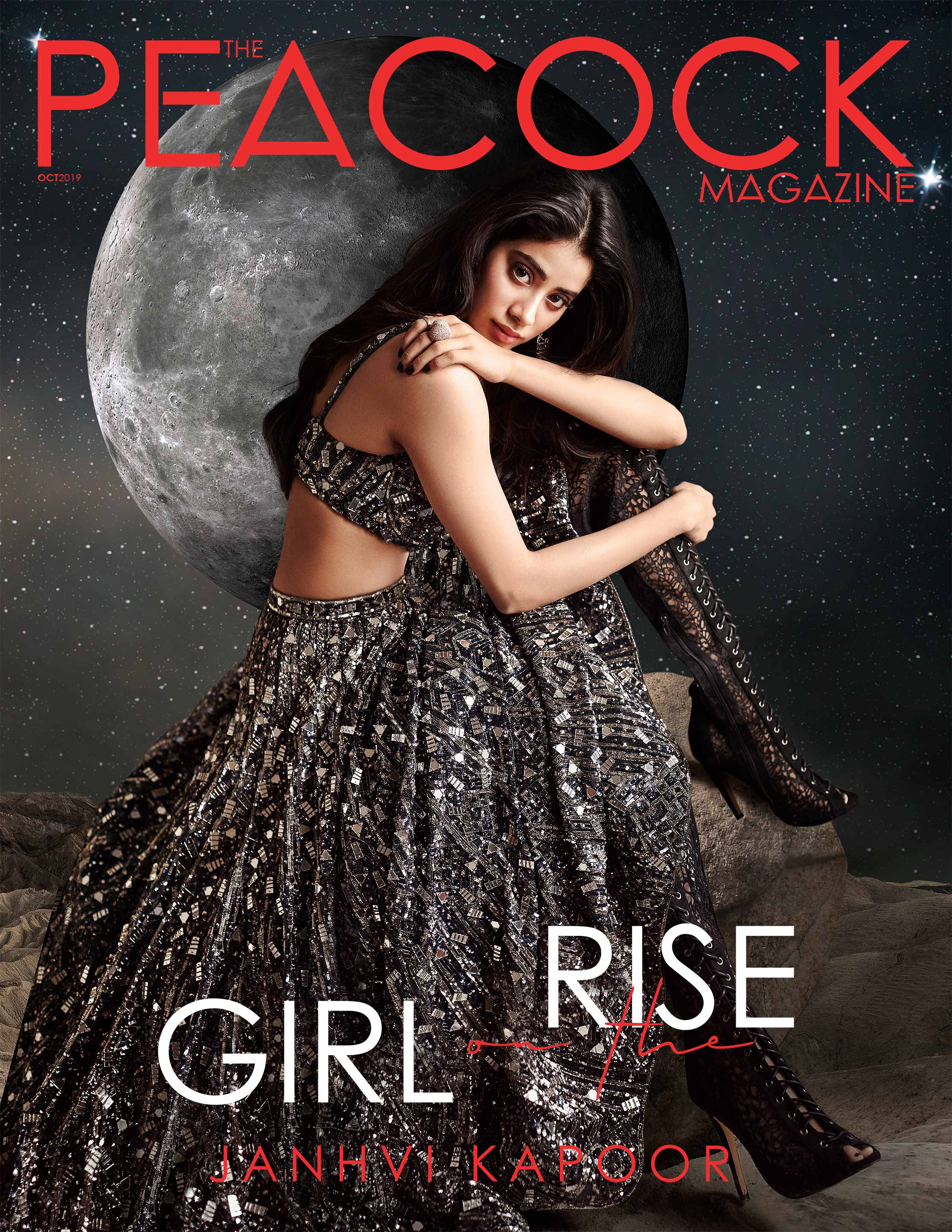