An investor, a philanthropist, self-proclaimed pop culture aficionado, and one of the entrancing muses of luxury couture designers Falguni Shane Peacock, Anjula Acharia, knows how to turn heads with her singular and refined ethnic style statement. Be it a co-ord set containing a Sharara and a blouse or a statement Indian Lehenga, the power lady is known to drop some of the iconic ethnic Indian looks at various events and public appearances. Tracing some of the striking ones, we highlight our top favourite looks of Anjula Acharia in Falguni Shane Peacock. 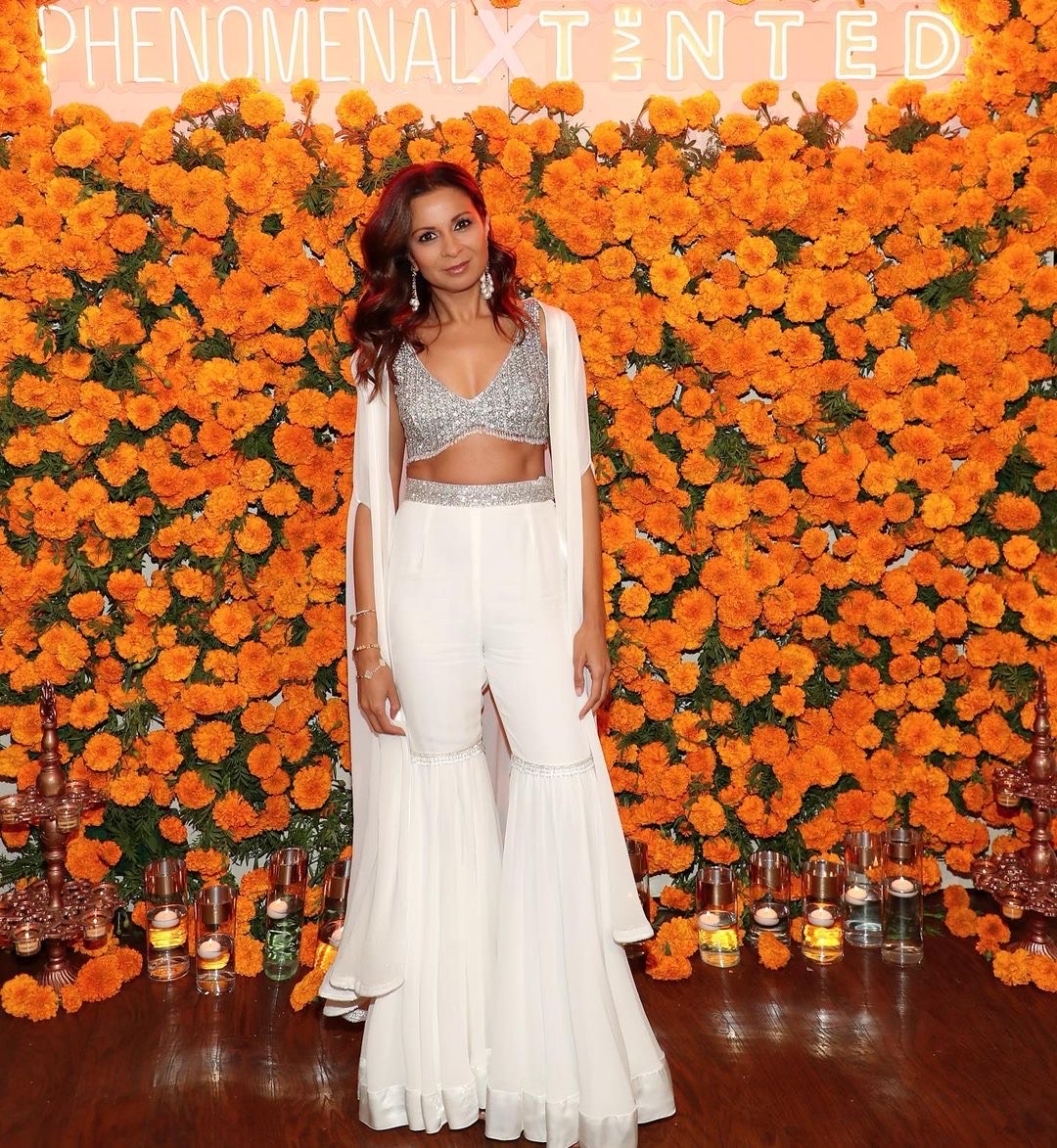 Sporting an ethereal, white Sharara teamed with a crustal-encrusted blouse, Acharia dazzled at a Diwali bash. 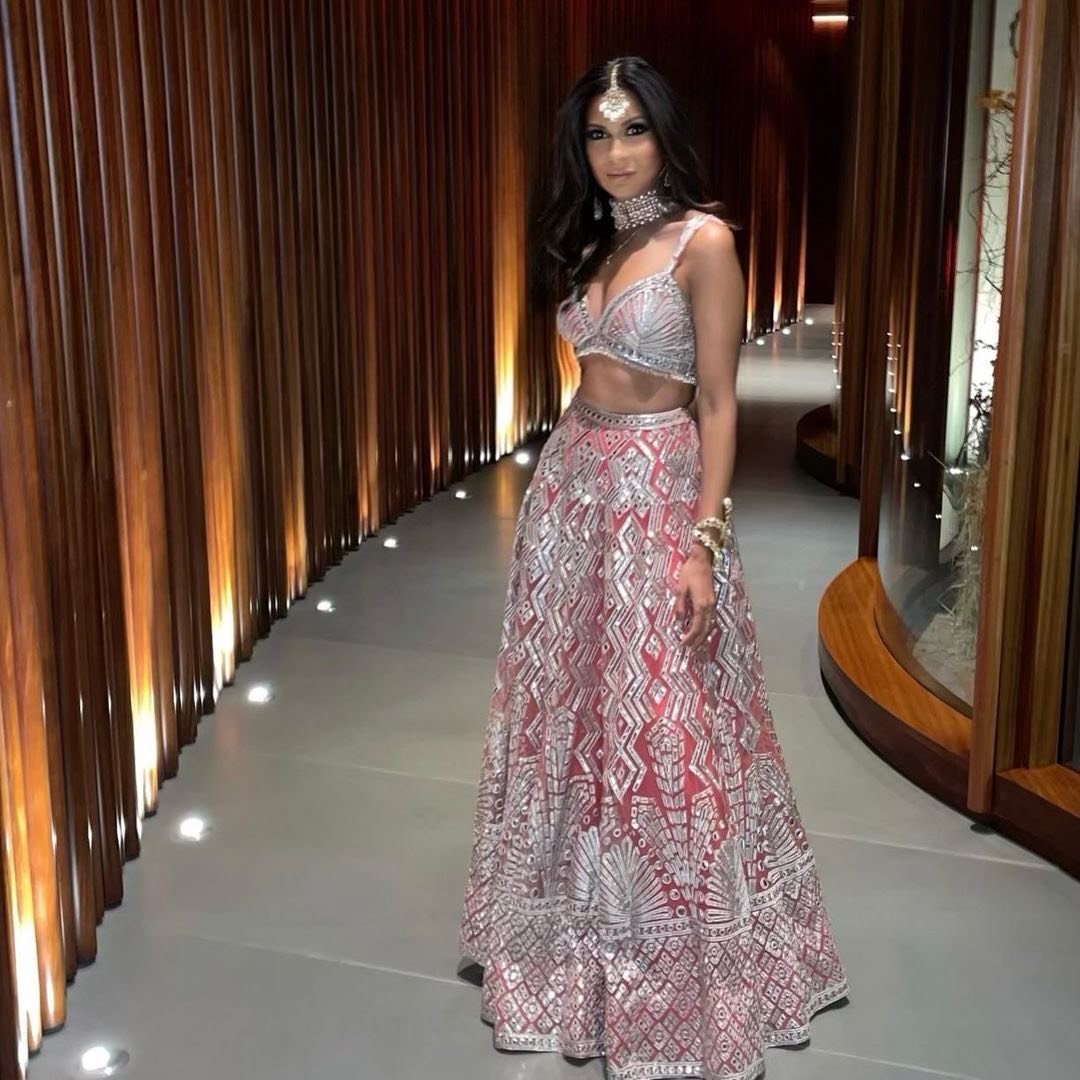 At another public event, the philanthropist sported a pink Falguni Shane Peacock Lehenga crafted with silver chrome applique detailing over vertical chevron motifs. The Indian Lehenga is paired with an exquisite bralette-style blouse. Sans a Dupatta, she styled the look with an elaborate Maang-Teeka and an ethnic choker neckpiece. 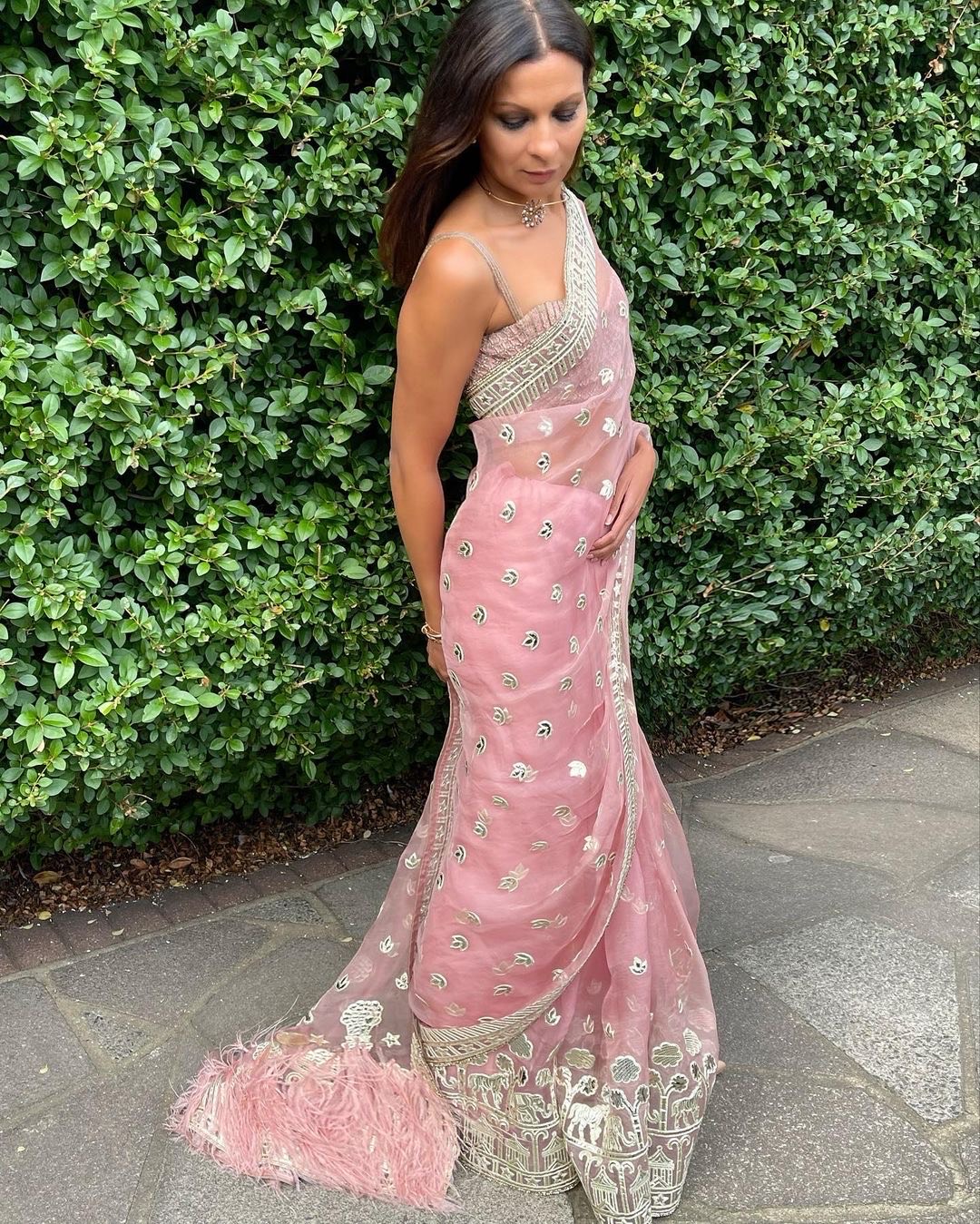 Draping every kind of sheer elegance and grace in this light pink Saree, Acharia made a sight to behold. The Falguni Shane Peacock Saree is laced with ethnic motifs and adorned with silver chrome detailing and is teamed with a bralette-style blouse. 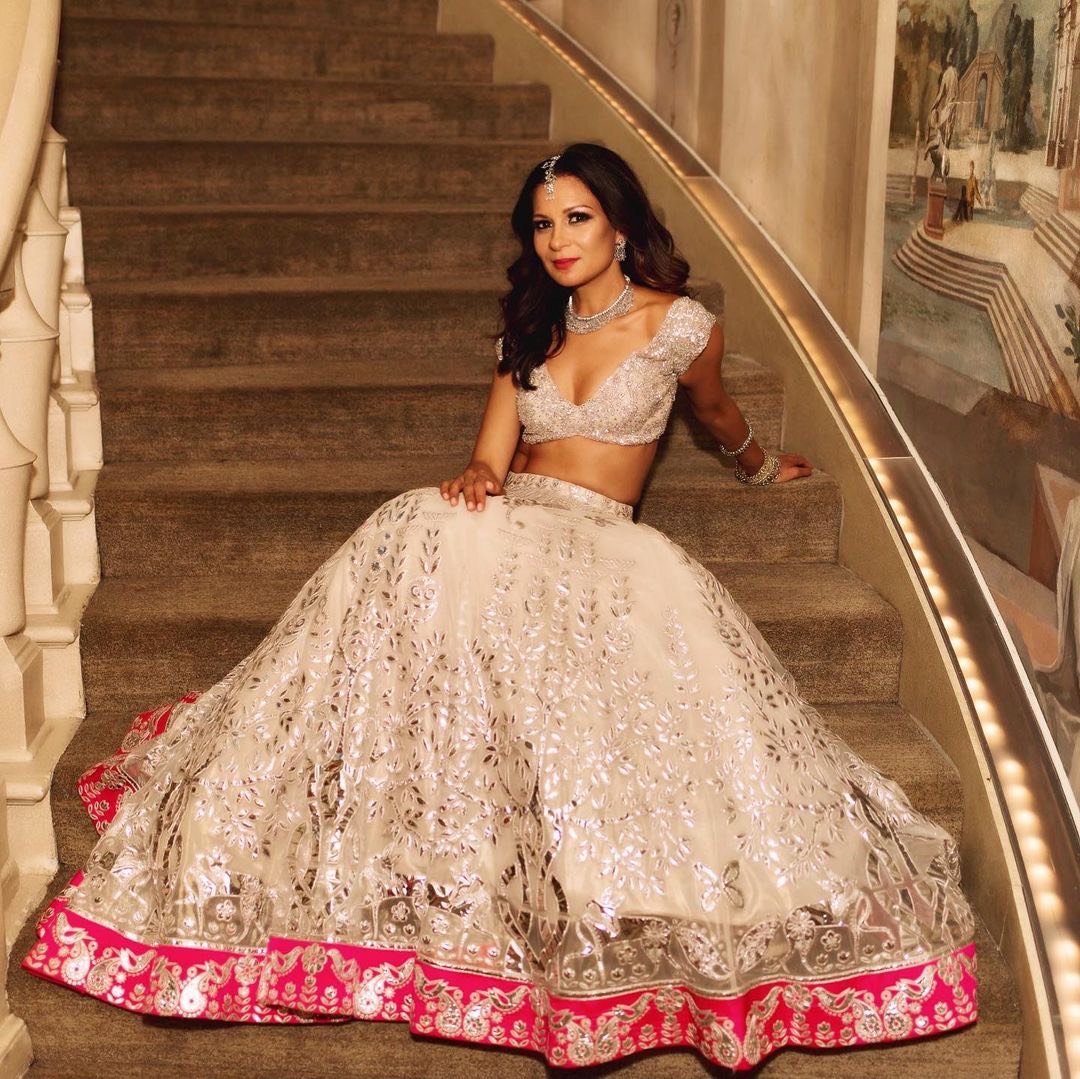 Donning an off-white based, Falguni Shane Peacock Lehenga, she nailed the classic, ethnic Indian look. The Indian Lehenga features an ornate Fuschia border and is paired with a crystal-encrusted blouse. 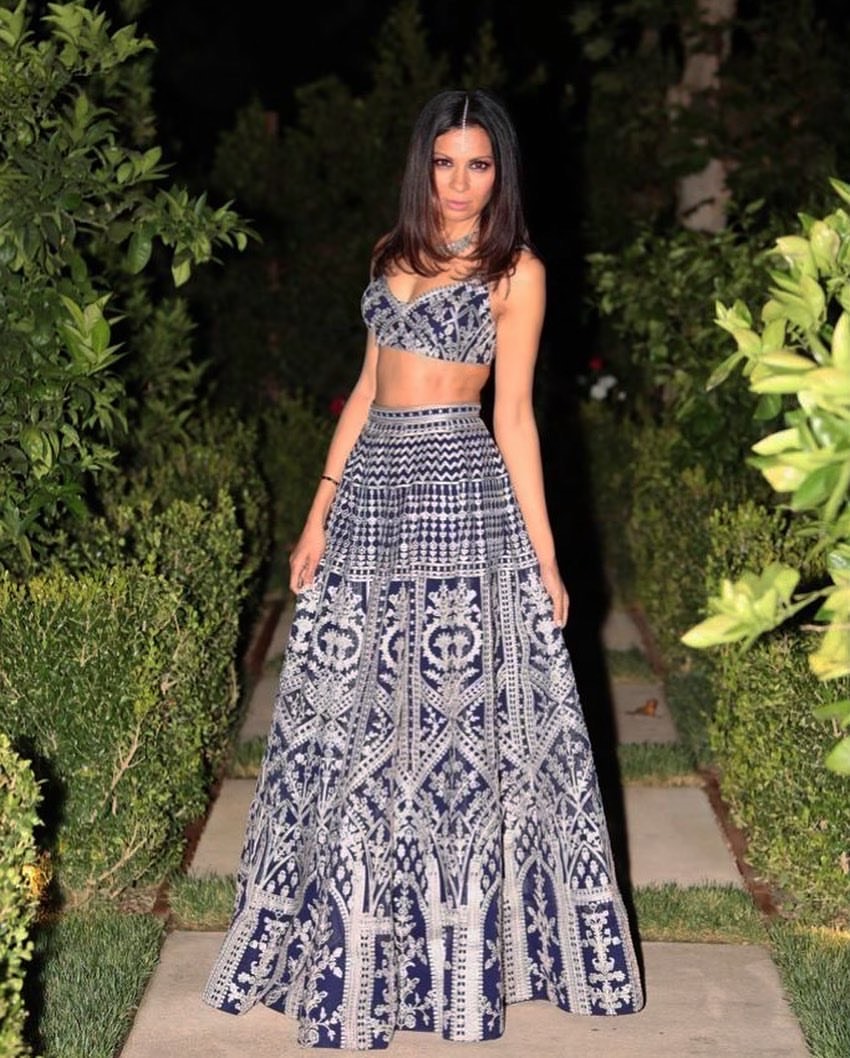 In yet another public appearance, Acharia stepped out in an electrifying Falguni Shane Peacock number. The indigo blue Indian Lehenga, decked with silver chrome applique detailing over chevron, Jharokha, and other ethnic motifs, is paired with a bralette-style blouse. 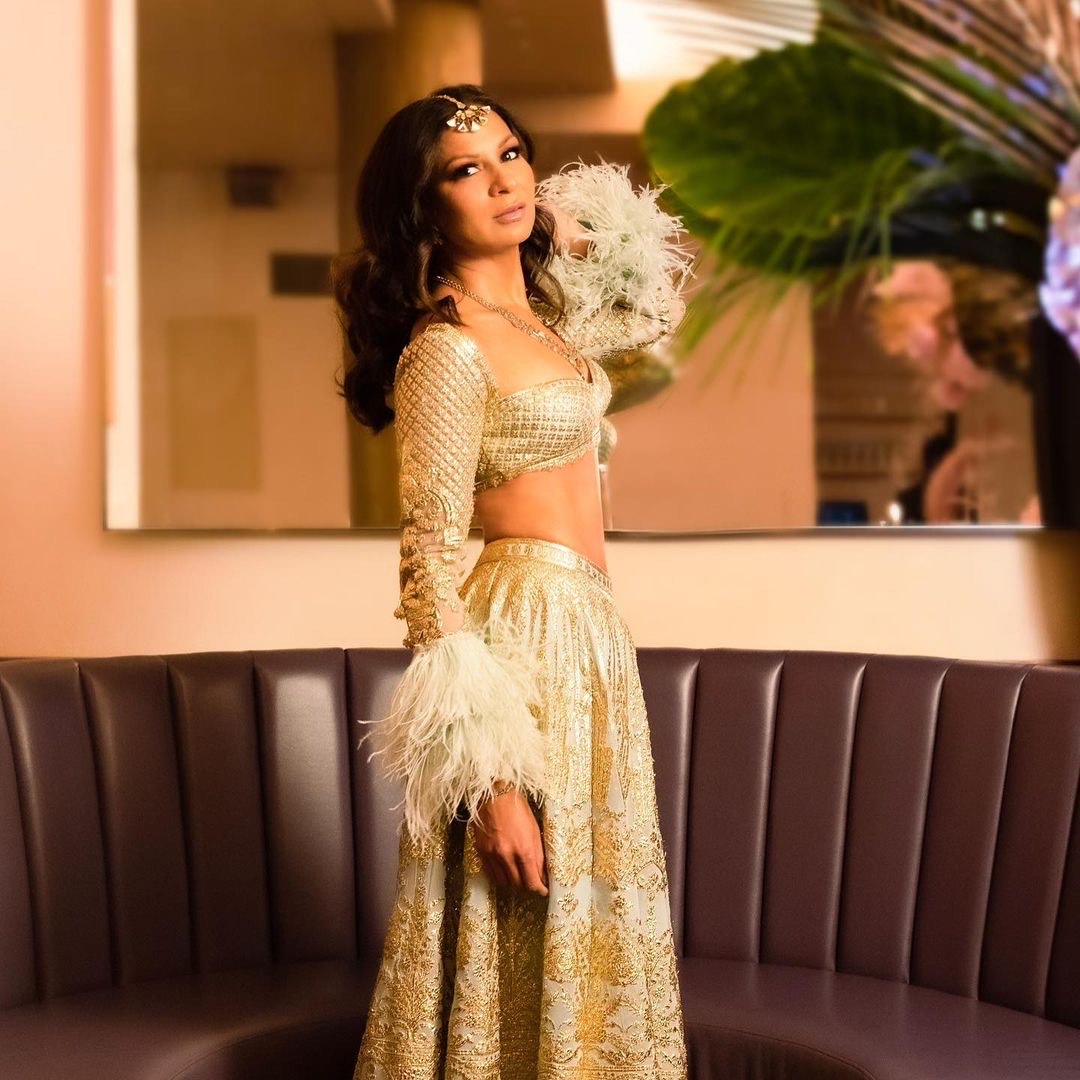 Anjula Acharia in a bespoke Falguni Shane Peacock Lehenga adorned with golden chrome applique work. The Indian Lehenga is replete with ethnic motifs and is paired with a blouse featuring full sleeves with statement feather detailing.